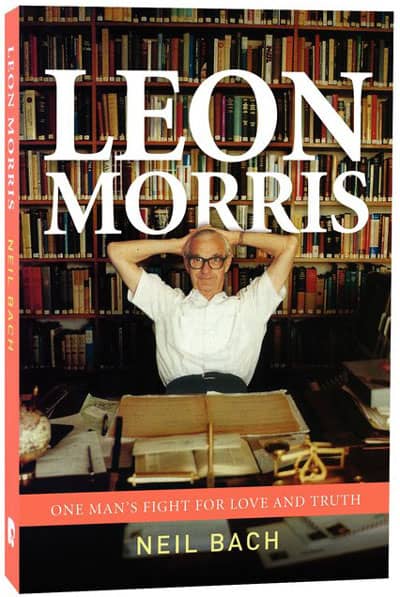 I thank Rob Bradshaw for the invitation to contribute a piece on the Revd Dr Leon Morris. My just published biography Leon Morris: One Man’s Fight for Love and Truth (Authentic Media /Paternoster 2016) gives a comprehensive overview of both his interesting life and fascinating scholarly pursuits, but here I limit myself to some observations about his significance as a scholar.

Leon Morris was unusual in having no formal theological education until he arrived at Cambridge aged 35 for his PhD. His lifelong habit was to write straight out of his head and then check what others thought. That he was so confident in theology and yet had been quite diffident in his early studies is a matter of interest.

Leon drilled a deep significant mine of truth at Cambridge in his PhD study on the atonement and drew from it throughout his career. It demonstrated his already developed belief in the cross as central to the bible and Christianity. His analysis changed the thinking about the cross and exhibited its power and meaning again. We acknowledge that concepts of God’s love, righteous opposition to sin, Christ’s sacrifice, redemption, righteousness and so on were known before Leon arrived. His application of rigorous scholarship as an evangelical academic pioneer in the establishment of the truth of penal substitution, against more liberal treatments, marked him out.

His significance was marked by his complete and passionate attachment to evidence based conclusions, arising from his scientific beginnings. When once asked of views of another scholar Leon took the man’s book down and looked at a passage in question. He told me that he had reviewed the man’s sources, went behind them to supporting data, but that sadly the scholar’s views were not supported by the sources, in fact some claimed sources didn’t exist. Leon liked evidence and it controlled his interpretative framework.

He was also significant for the way he rigorously searched for the meaning of biblical words. He used the words wider background, moved through the original meaning to the use of such words (and terms) in the Bible to determine biblical meanings. My friend Peter Adam develops these principles further in an article referenced below*.

Leon was retiring by personality, but forthright within academia; in his post Cambridge PhD days he trail blazed a rising standard of evangelical scholarship in Australia by his world-class contribution and the institution of a Tyndale Fellowship in Australia.

He put his mind to truths put forward by other scholars that troubled his conservative wing and produced a credible defense of various matters. Only a few evangelicals were available to do this. A small example of his time is his booklet The Abolition of Religion, in response to the honest to God debate. He later wrestled over issues within evangelicalism … the inerrancy debate, women in ministry et al. His conclusions have shaped evangelical thinking.

He was an encourager and mentor of numerous evangelical scholars that followed him. People like I Howard Marshall, Graeme Cole, Peter Adam, Tom Schreiner, Brian Rosner and pastors like John Stott record their debt to Leon. Stott relied heavily on Leon’s view of the atonement in his popular book The Cross of Christ (IVP 1986). Leon’s emphasis remains in a number of modern conservative writings.

It might seem odd to say, but people could understand his teaching and writing. Leon was apparently judged to be more understandable than some of his colleagues. A student at Ridley College, Melbourne, later a successful Vicar, had a fine law degree and had sat under some very astute university lecturers. He was amazed at Leon’s teaching. He said that he could not believe the precision and clarity of Leon’s teaching compared to what he had experienced in his law faculty. This clarity significantly helped students, academics, Christians and non-Christian learners in their understanding.

His influence in teaching students who became Vicars and church leaders across Australia has to be noted. In his Melbourne Diocese his fight for love and truth was most clearly seen and the Diocese is the richer for it.  He wrote so that English, American and other Christians also received great teaching in the central issue of the cross and other truths. When he travelled, extensively until he was 74, he poured his heart out for others in his teaching.

Leon was a scholar who could preach and relate to the church. I argue, and you can assess it in the book, that he turned his mind to helping the church as much as academia in the latter half of his career.  His extraordinary humble servant perspective came to the fore, as even though he was more suited to pure writing, he and his wife Mildred juggled academic and general ministry responsibilities.

Then there is significance as a scholar in having sold some two million books of the depth of Leon’s work. A few years ago in Nashville, I asked a young lady in the main Christian bookshop, did she have any books by a guy called Leon Morris? She fiddled with the computer and said ‘Oh … Oh … yes, we do have a few … would like to buy some.’

In all of this Leon never forgot his roots, and never forgot that people needed to be saved and established in Christ. I outline the connection in Leon’s thinking of the cross of Christ and how it impacted his passion for evangelism in the biography.

Lastly, Leon saw himself as an ordinary human being. There were several major obstacles during his personal life and career, some within and some outside himself.  It was only the deep spiritual relationship he had with Jesus Christ, his God given humility, prayer and love of God and scholarly capital that he had built up over the years that enabled him to get through some of these trials.

Readers will have their own views of his significance as a scholar. Here down under I make no apology in telling you that Leon Lamb Morris is a somewhat of an Aussie hero.

Most of the articles from the 2012 edition of the Evangelical Quarterly are now available for free download in PDF. My thanks to the authors for their kind permissions. On 3rd February 2011 Spurgeon’s College hosted a debate on the topic of ‘Is Universalism an Evangelical Option?’. The first issue (Vol. 84.1) has the papers…

I have just uploaded as a PDF: Georges Chawkat Moucarry, “The Alien According to the Torah,” Themelios 14.1 (October / November 1988): 17-20. My thanks to Dr. Moucarry of All Nations College for his kind permission to make this article available on-line..

J.J. Blunt’s classic work Undesigned Coincidences in the Writings of the Old and New Testament, an Argument of Their Veracity is now available on-line in PDF. Click here to download. ” When I first read through the Gospels forensically, comparing those places where two or more gospels writers were describing the same event, I was immediately… 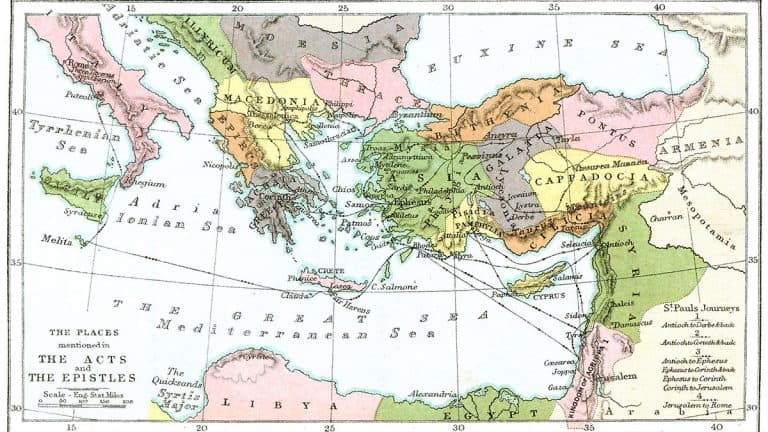 Day One of the BETH (Bibliothèques Européennes de Théologie) Conference in Oxford concluded with a tour of the Wycliffe Hall Library, which is hosting the event. Wycliffe Hall is a permanent private hall of the University of Oxford which has about 150 students each year. Its library contains around 30,000 books suitable for students up…

I have just uploaded: H.L. Ellison, The Centrality of the Messianic Idea For the Old Testament. London: The Tyndale Press, 1953. Pbk. pp.23. I have a couple more of the Tyndale monographs to do, which should appear in the next few months. If anyone know of any that are not listed I will try and…