When Robert Hicks, a British book publisher, realized that many of the works of F.F. Bruce were not readily available, he wanted to correct that situation. He believed in the importance of Bruce’s excellent content and in Bruce’s example as a leading evangelical scholar. Of the nearly 60 books and hundreds of magazine articles written by the “Dean of Evangelical Scholarship,” Robert felt many of those that were not in print could be presented in a visually appealing way for the modern reader.

F.F. Bruce let the Bible speak freely and did not make it fit a particular system of theology. He was humble and gentle, and he respected those with whom he disagreed. He was a superb scholar, and his scholarship had the purpose of helping people encounter Jesus Christ. J.I. Packer said, “No Christian was ever more free of narrow bigotry, prejudice and eccentricity. . . . No man did more to demonstrate how evangelical faith and total academic integrity may walk hand in hand.”

Robert has a history of keeping the best of older Christian works in front of today’s Bible students. In the 1990s he brought Vine’s Expository Dictionary of New Testament Words (which F.F. Bruce had edited) back into copyright for the benefit of W.E. Vine’s daughters and he encouraged the promotion of the book.

After receiving the support of F.F. Bruce’s daughter, Sheila Lukabyo, Robert enlisted the help of Larry Stone, former editorial vice president of Thomas Nelson Publishers in the U.S. and co-founder of Rutledge Hill Press. They formed a new company, F.F. Bruce Copyright International, and they contacted nearly twenty of F.F. Bruce’s publishers. They will now make many of Bruce’s works available in 2017.

First, a few will be reformatted into printed booklets suitable for evangelism and Bible study in universities and in church groups. Second, about 20 of Professor Bruce’s books and collections of articles will be published as reasonably-priced ebooks, which can be easily distributed around the world to places such as Zambia, Australia, and India – places where it is expensive and time consuming to ship printed books.

Third will be a promotion of all of F.F. Bruce’s books – including those now in print and those already available as ebooks. Professor Bruce’s works can help young students and scholars understand the truths of the faith and the techniques of handling Scripture. As Tim Grass said in his biography of F.F. Bruce, “The issues which, for Bruce, were non-negotiable may be summarized as the reliability of the New Testament, the person and work of Christ, the Christian life as one of forgiveness and liberty as befits those who are being led by the Spirit, and the right and duty of every believer to use whatever gifts God has given them.”

An on-line bibliography of F.F. Bruce’s books and articles is available here.

In 1977 Howard Marshall edited a collection of essays on New Testament interpretation contributed by some of the best Evangelical scholars in the UK, many of whom have since gone to their reward, including Marshall himself. The volume has proved to be of enduring value to students, particularly F.F Bruce’s masterful summary of the history of…

Last December I hosted a guest post by Larry Stone, who is organising the reprinting in electronic formats the works of F.F. Bruce. Larry has told me that the process is moving forward. He writes: F.F. Bruce Copyright International plans to publish at least 17 books as ebooks in the fall under the Kingsley Books… 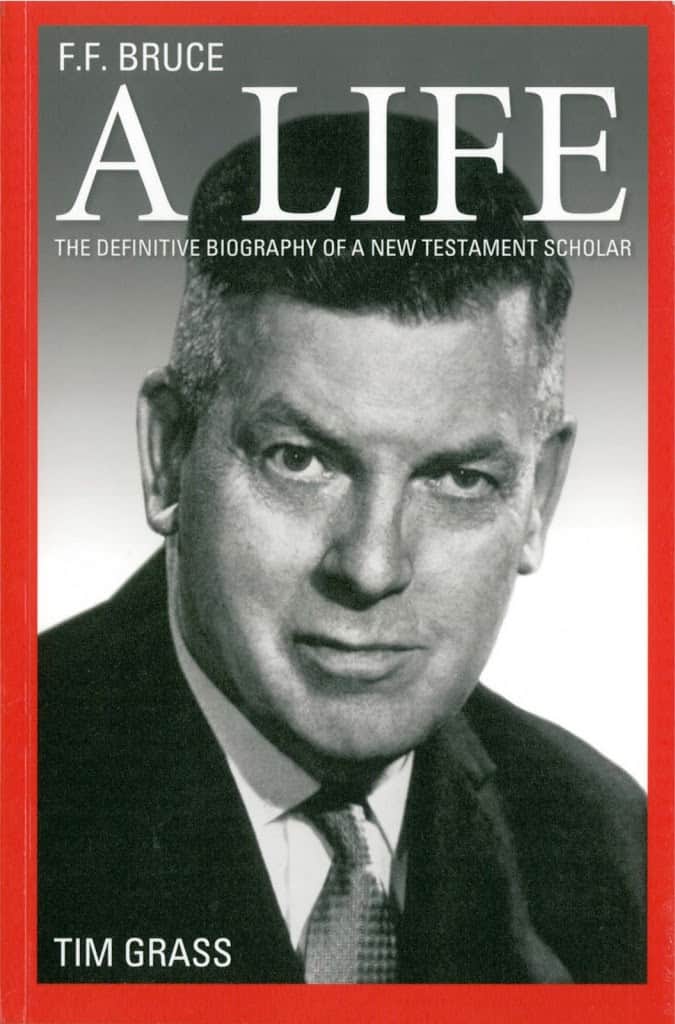 There has long been a need for a full biography of the F.F. Bruce, a scholar whose work proved deeply influential on the development of the Evangelical church in the 20th Century. For that reason I was delighted when Paternoster sent me a review copy of Tim Grass’s F.F Bruce: A Life Having spent a considerable…