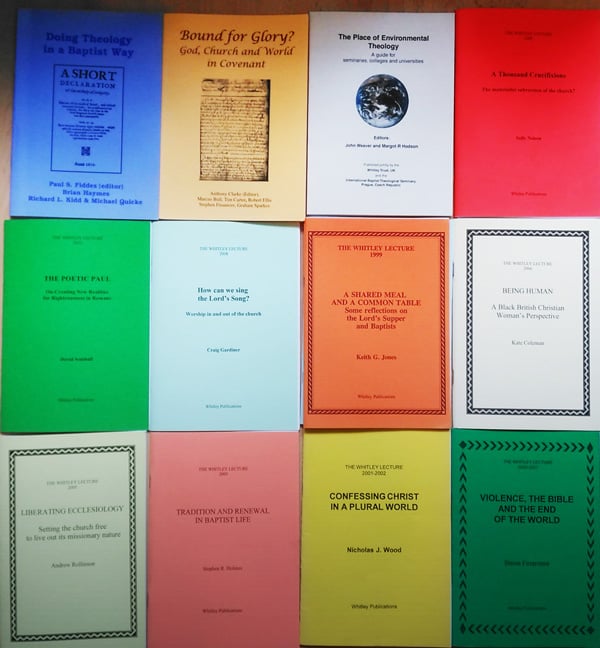 What are the Whitley Lectures?

The Whitley Lecture was first established in 1949 in honour of W.T. Whitley (1861–1947), the Baptist minister and historian. Following a pastorate in Bridlington, during which he also taught at Rawdon College in Yorkshire, Whitley became the first Principal of the Baptist College of Victoria in Melbourne, Australia, in 1891. This institution was later renamed Whitley College in his honour.

Whitley was a key figure in the formation of the Baptist Historical Society in 1908. He edited its journal, which soon gained an international reputation for the quality of its contents – a reputation it still enjoys nearly a century later as the Baptist Quarterly. His A History of British Baptists (London: Charles Griffin, 1923) remains an important source of information and comment for contemporary historians. Altogether he made an important contribution to Baptist life and self-understanding in Britain and Australia, providing a model of how a pastor-scholar might enrich the life and faith of others.

The establishment of the annual lecture in his name is designed as an encouragement to research and writing by Baptist scholars, and to enable the results of this work to be published. The giving of grants, advice and other forms of support by the Lectureship Committee serves the same purpose. The committee consists of representatives of the British Baptist Colleges, the Baptist Union of Great Britain, BMS World Mission, the Baptist Ministers’ Fellowship and the Baptist Historical Society. These organizations also provide financial support for its work.

Why are Some of These Lectures On-line?

The Committee of the Whitley Trust have approached Theology on the Web and asked that the lectures given between 1996 and 2010 be made available for free access.

What Subjects Have the Lectures Covered?

The Whitley lectures have covered a broad range of subjects including Baptist ministry, mission, pluralism, women’s ministry, worship, eschatology and the environment.

What About the Earlier Lectures?

There is no complete list of the lectures that took place between 1949 and 1995 that I know of. However, some of them are available as books, some of which are still in print:

The Second Series of Whitley Lectures can be accessed here.

Do You Have Other Denominational Material Available?

Theology on the Web hosts a growing archive of United Kingdom denominational publications, much of it unavailable elsewhere. See the links below for details:

I am always happy to discuss the possibility of adding more journals to the archive. Contact me if you are interested.

Scripture Character No. 2 1. He received “a present of silver and gold.” 2. He accepted a suggestion made to him to break a promise. 3. He prevented a town from being finished. 4. A wicked king sent him a very wise warning. 5. He fell into a sin mentioned in Gal. v. 21. 6….