The Westminster Commentaries series was intended to be exegetical in nature: more advanced than the Cambridge Bible for Schools, but not as critical as the International Critical Commentary. This volume on Job by Edgar Gibson is still considered to be of some value, according to John F. Evan’s in his Guide to Biblical Commentaries [p.157]. I have added the series to my list to digitise and will add more volumes as I get access to them.

The Object and Character of the Book

The fact that the book is written in poetry, and that its character is so beautifully symmetrical, the well-ordered arrangement of the speeches, their length and artistic character, show at once that we are not dealing with literal history. Even in the prose narrative of the prologue and epilogue there are indications that it is a work of art rather than an exact record of historical facts with which we are concerned. The symmetrical character of Job’s fourfold trial has often been noticed. The exact reward meted out to him at the close, the number of his flocks and herds being literally doubled, and the precise number of children born to him after his trial equalling those whom he had lost in it-all these features point to the same conclusion. The work as a whole is a poem, and is meant to be regarded as such. There may of course be some historical basis, but, to put it at the very lowest, the same license and freedom in dealing with his materials must be granted to the author of Job that is conceded to other poets treating of historical situations. How much literal history may lie at the basis of the narrative does not really greatly concern us. That Job was a historical character is probable from the allusion to him in Ezekiel xiv. 14, ‘Though these three men, Noah, Daniel, and Job, were in it, they should deliver but their own souls by their righteousness, saith the Lord God,’ and had the narrative been entirely created for the sake of the lessons it was intended to convey, we should have expected the names of the dramatis personae to be significant, and tell us something of their character or position; whereas it is difficult to attach importance to any of them, and even in the case of Job himself, the hero of the story, it is doubtful whether the name is intended to be especially appropriate, or descriptive of his position (see the note on i. 1). The probability, then, is that there was some ancient traditional story of which Job was the hero, which the writer the basis of his poem, and made the vehicle of conveying to the minds of his contemporaries the religious lessons which he desired to impress upon them. It was probably written (see below, § IV.) in an age when troubles and calamities were falling thick upon the people, and the old doctrine of retribution was felt to be breaking down. In early days men were content with the simple view that suffering was in all cases the punishment of sin, and that long life and happiness were invariably the reward of virtue.

The Westminster Commentary on Hebrews, written by Edward Charles Wickham, Dean of Lincoln Cathedral, is now available for free download. My thanks to Book Aid for making this public domain title available for digitisation. Edward Charles Wickham [1834-1910], The Epistle to the Hebrews with Introduction and Notes. Westminster Commentaries. London: Methuen & Co. Ltd., 1910…. 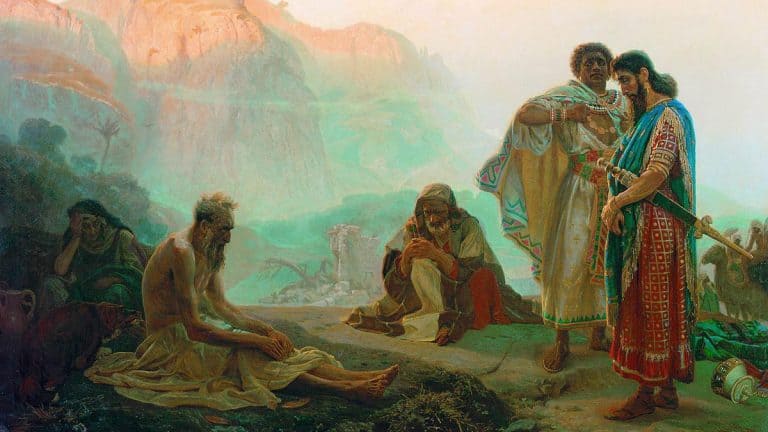 Today’s free book is a commentary on the book of Job by James Strahan. My thanks to Book Aid for making a copy of this public domain title available for digitisation. James Strahan [1863-1926], The Book of Job Interpreted, 2nd edn. Edinburgh: T & T Clark, 1914. Hbk. pp.356. [Click here to visit the download…

Today’s commentary is Alan Hugh McNeile’s “The Book of Exodus” in the Westminster Commentaries series. This public domain title was scanned from the copy of the book in Spurgeon’s College Library. Alan Hugh McNeile [1871-1933], The Book of Exodus with Introduction and Notes. Westminster Commentaries, 3rd edn. London: Methuen & Co., Ltd., 1931. Hbk. pp.247….