Tyndale House Research Associate Dr Kim Phillips identifies the writing style of Samuel ben Jacob in newly published digitised photographs of a manuscript from the Firkowich collection in the depths of the National Library of Russia archives of St Petersburg. Locked away from the eyes of interested researchers for a number of years these microfilms have recently been posted online by the National Library of Israel. Due to painstaking work in the unusual practices of this
scribe Dr Phillips has been able to identify that this is Samuel ben Jacob’s work despite there not being any identifying colophon, or signed publication note, on the text. The mystery of who wrote these texts has been decoded.

Samuel ben Jacob is the scribe who wrote The Leningrad Codex, the earliest complete copy of the Old Testament we have reproduced in Biblia Hebraica Stuttgartensia. This manuscript is behind most modern translations. Identifying this piece of work to be by the same scribe will allow scholars to check the accuracy of tiny details in the manuscript behind most modern Bible translations. This will then contribute to future scholarly Bibles.

“For the first time (for scholars outside Israel and Russia) it is possible to contextualise the readings of the Leningrad Codex against the background of equivalent readings in other manuscripts known to have been written by Samuel B. Jacob”

The Article is available online at www.tyndale.cam.ac.uk/tyndale-bulletin

Tyndale Bulletin 67.2 (2016) 287-307 Phillips has previously published work demonstrating single folios found in the Cairo Genizah to be by Samuel ben Jacob, using a set of identifying features, or fingerprints, that collectively point to this particular scribe’s handiwork.

For further details of the Cairo Genizah and its significance visit newly opened exhibition Discarded History: The Genizah of Mediaeval Cairo providing “a window on the life of a community a thousand years ago – a Jewish community in the centre of a thriving Islamic empire, international in outlook, multicultural in make up, devout to its core.” Cambridge University Library www.lib.cam.ac.uk

Tyndale House is an independent evangelical charity founded in 1944 to advance biblical research. It possesses one of the finest libraries for biblical research in the world, packed with specialist material on the language, culture, history, and meaning of the Bible and enjoys close links with the University of Cambridge. Tyndale Bulletin is a peer review journal of Biblical and Theological research. Published twice a year our next Tyndale Bulletin 68.2 is due out later this year.

The Greek New Testament, Produced at Tyndale House, Cambridge has been created under the oversight of editors Dr. Dirk Jongkind (St Edmund’s College, University of Cambridge) and Dr. Peter Williams (Tyndale House, Cambridge). While a few trusted Greek texts are in print, significant advances have been made in Greek translation studies of the New Testament since a standard text was adopted by academics in 1975. Together with their team, they have taken a rigorously philological approach to reevaluating the standard text – reexamining spelling and paragraph decisions as well as allowing more recent discoveries related to  scribal habits to inform editorial decisions. Ideal for students, scholars and pastors alike, and published to coincide with the 500th anniversary of the Reformation, The Greek New Testament, Produced at Tyndale House, Cambridge is a groundbreaking contribution to biblical scholarship.

Codex Climaci Rescriptus is an important and complex palimpsest containing much biblical text and many mysteries. Dr Kim Phillips is working alongside the Tyndale House Student Scholars Program to describe and publish this extraordinarily complex and intriguing manuscript. Research carried out on the codex is supported by the Museum of the Bible. For further details visit www.museumofthebible.org

The STEP Bible is a free online resource providing translation overlays, which show the underlying biblical Hebrew and Greek, and explain how particular words were used in the ancient world. Tyndale House is currently working with the United Bible Society to create a Swahili version of STEP and our next project will be to create a Spanish version, as we seek to make this a multi-lingual resource.

What is the background to this discovery?

Codex Firkowich B19a (more commonly known as The Leningrad Codex, or L for short) was completed in around 1008. It is the earliest complete codex of the Hebrew Bible (Old Testament).

Both manuscripts were written by a scribe called Samuel ben Jacob (Samuel son of Jacob) Phillips has previously published demonstrating single folios found in the Cairo Genizah to be by Samuel ben Jacob, using a set of identifying features, or fingerprints, that collectively point to this particular scribe’s handiwork.

See http://www.lib.cam.ac.uk/collections/departments/taylor-schechter-genizah-research-unit for details of the Cairo Genizah and its significance.

What is its significance?

This discovery is significant because it will allow scholars to check the accuracy of tiny details in the manuscript behind most modern Bible translations. Scholars have not previously been able to agree about the accuracy of the scribe behind the earliest complete manuscript of the Hebrew Bible.

• Scholars will be able to use this newly identified manuscript to check the accuracy of the most widely used manuscript of the Old Testament.

Photo of Kim Phillips available for use by media

Qualifications: MA, MPhil, PhD from University of Cambridge; PGDip from University of Wales Research Associate at Tyndale House [www.tyndalehouse.com] carrying out research on the Codex Climaci Rescriptus and on early Masoretic Manuscripts, research supported by the Museum of the Bible [https://www.museumofthebible.org]

Tyndale House is an independent evangelical charity founded in 1944 to advance biblical research, which is also producing its own edition of the Greek New Testament to be published by Crossway and Cambridge University Press this November. See www.tyndale.cam.ac.uk/thgnt_blog

How was it discovered?

Phillips identifies Bible manuscript in St Petersburg, Russia, as by the scribe who also wrote the famous Leningrad Codex, the earliest complete copy of the entire Old Testament in Hebrew.

Identification only became possible in 2017 when the National Library of Israel put digital copies of old microfilms of the collection in St Petersburg online.

Where can these images be found online?

The following Schweich lectures are now available on-line in PDF: Édouard Naville [1844-1926], The Text of the Old Testament. The Schweich Lectures 1915. London: Oxford University Press, 1916. Hbk. pp.82. Please click <<HERE>> for the link. You will find more of the Schweich Lectures available <<HERE>> 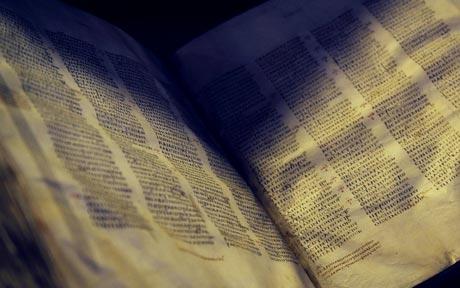 The Daily Telegraph reports today that the complete text of Codex Sinaiticus is now available on-line.   You can read the Telegraph’s article here and visit the British Library website here.   It is wonderful to see another important biblical resource made available to everyone with Internet access.

The works of W.O.E. Oesterley [1866–1950], that were published in the United Kingdom, entered the public domain on the 1st January 2021. So, today’s free book is Oesterley’s study of the Greek and Latin versions of the Book of Amos, including Septuagint. This title was scanned from the copy held in Spurgeon’s College Library. William… 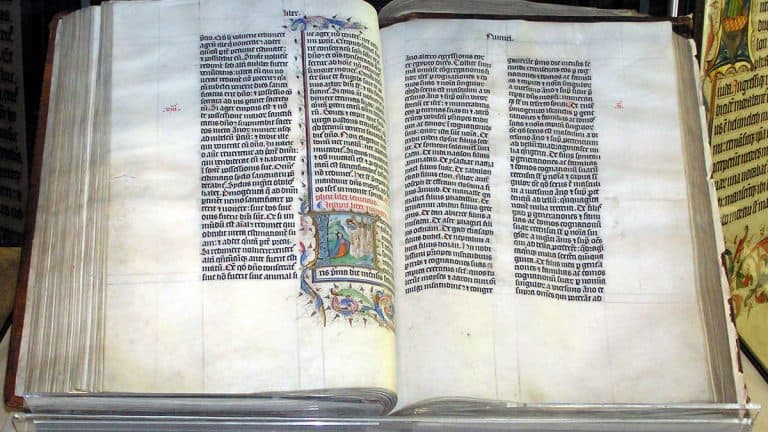 Today’s free book is collection is “our Bible Text”, based on a series of lectures on textual criticism by W.E.O. Robinson. My thanks to Book Aid for making a copy of this public domain title available for digitisation. William Oscar Emil Oesterley [1866–1950], Our Bible Text: Some Recently Discovered Biblical Documents: with an Appendix, 2nd…