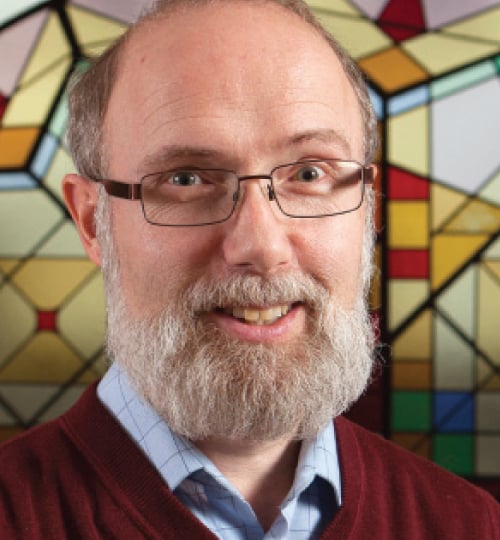 Dr Pieter Lalleman, Tutor in Biblical Studies at Spurgeons College in London, has written 10 studies on Book of the Revelation. Pieter writes:

The Book of Revelation is not as inscrutable as many think.  I have written a series of ten studies on the more accessible parts of Revelation, with special attention to the connections of these passages with the Old Testament. 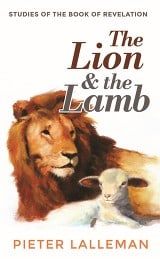 I do address the question of the situation of the first readers, but my book has no scholarly pretensions.  It is meant for use in church groups, although it will of course also benefit individual readers.  It contains questions for reflection and discussion which help to see how relevant John’s message – which is Jesus’s message – is for today’s church.  Whatever the Book may say about the future, it has enormous relevance for us!  More details and the option to order a copy here.

The book of Revelation is first and foremost a letter addressed to seven churches in Asia Minor (modern day Turkey). Like any normal letter the book contains references to the situation of the readers. As later readers we look over the shoulders of the original readers into a correspondence which initially was not directed to us.

Yet Revelation is also a prophetic book. John himself makes this claim in 1:3 and 22:7, 10, 18 and 19; in 10:11 his work is called prophesying. But what is prophecy in the Bible? People such as Elijah, Isaiah and Jeremiah were messengers of God who spoke his word to their contemporaries. God gave them spiritual insight into their time so that they could shine God’s light on it. They knew God’s precepts and applied these to the situation. Prophets warned people if they were not living as God wanted, but on the other hand they encouraged positive developments. Prophets pointed people to the consequences of their behaviour and in that context they also spoke about the future.

Jewish and Christian prophecy is thus not primarily a form of prediction of the future. It was first and foremost relevant for those who were being addressed; it confronted them with God’s opinion of their situation, with his hopes, his promises, and sometimes also with his judgement in case they would not listen. But when they repented, God adapted his plans, as we see in the book of Jonah. We will approach Revelation in the same way in which we handle all prophecy: by asking what kind of situation is in view and what was expected of the first hearers. Subsequently we will raise the question how this might be relevant to us in the twenty-first century.

Revelation is a letter and a prophecy, but it is also an apocalyptic book. The Greek word for ‘revelation’ in 1:1 is ‘apocalypse’. We often use this word in such expressions as ‘an apocalyptic event’, but we must be careful that our modern language does not hinder our understanding of the Bible. Apocalyptic texts are books which claim to contain revelations about the heavenly world and/or about the future, but not necessarily about disasters. And they challenge us to check our behaviour.

The studies in this book discuss the more readily accessible parts of Revelation, with special attention to the connections of these passages with the Old Testament.

Dr Lalleman is available for interviews about his book and can be contacted via Spurgeon’s College.

Ibson Beckwith’s substantial [794 page] introduction and commentary on the book of Revelation has been reprinted numerous times since it was first published in 1919, indicating that its content is still useful. I have scanned the book and converted it to PDF so that it can be accessed more easily – this version is 15MB…

Today I received permission from Dr Gordon Campbell to upload four of his articles from Irish Biblical Studies. Three of these are on the Book of Revelation. They are all now available below for free download in PDF. “The Struggle for the Progress of the Gospel at the heart of the Pauline Mission,” Irish Biblical…

Today’s free book is Sir William Ramsay’s classic study of the letters to the seven churches of Asia in the book of Revelation. Ramsay examines the historical context of each of the cities and applies this to the interpretation of the letters. My thanks to Book Aid for providing a copy of this public domain…

The Reverend William Henry Simcox was the Rector of Harlaxton in Lincolnshire. This is his contribution to the Cambridge Bible for Schools series on the Book of Revelation. My thanks to Book Aid for providing a copy of this public domain title for digitisation. William Henry Simcox [1843-1889], The Revelation of S. John the Divine…