The following public domain commentary on the Gospel of Matthew is now available for free download in PDF.

Commentary on the Gospel of Matthew

In no case is the title to a book of the New Testament part of the original document. It was in all cases added by a copyist, and perhaps not by the first copyist. Moreover, in all cases it varies considerably in form, the simplest forms being the earliest. The “according to” neither affirms nor denies authorship; it implies conformity to a type, and need not mean more than “drawn up according to the teaching of.” But it is certain that the Christians of the first four centuries who gave these titles to the Gospels meant more than this: they believed, and meant to express, that each Gospel was written by the person whose name it bears. They used this mode of expression, rather than the genitive case used of the Epistles, to intimate that the same subject had been treated of by others; and they often emphasized the oneness of the subject by speaking of “the Gospel” rather than “the Gospels.” This mode of expression is accurate; there is only one Gospel, ‘the Gospel of God’ (Rom. i. 1) concerning His Son. But it has been given us in four shapes (Iren. III. xi. 8), and “according to “indicates the shape given to it by the writer named.

Was the belief of the first Christians who adopted these titles correct? Were the Gospels written by the persons whose names they bear? With the trifling exception of a few passages, we may believe this with regard to the Second, Third, and Fourth .Gospels: but it is very difficult to believe this with regard to the First, the authorship of which is a complicated problem not yet adequately solved. But the following results may be accepted as probable, and some of them as very probable.

Ancient testimony in favour of Matthew being the author is very strong. It begins with Papias and Irenaeus in the second•century, and is confirmed by Origen in the third and Eusebius in the fourth, not to mention a number of other early writers, whose evidence repeats, or is in harmony with, these four. Papias speaks of “the oracles” or “utterances” which Matthew composed; the other three speak of his “Gospel”. Assuming that the two expressions are equivalent, the testimony is uniform that the First Gospel was written in Hebrew by Matthew, the tax-collector and Apostle. In that case the Greek Gospel which has come down to us must be a translation from this “Hebrew” original. 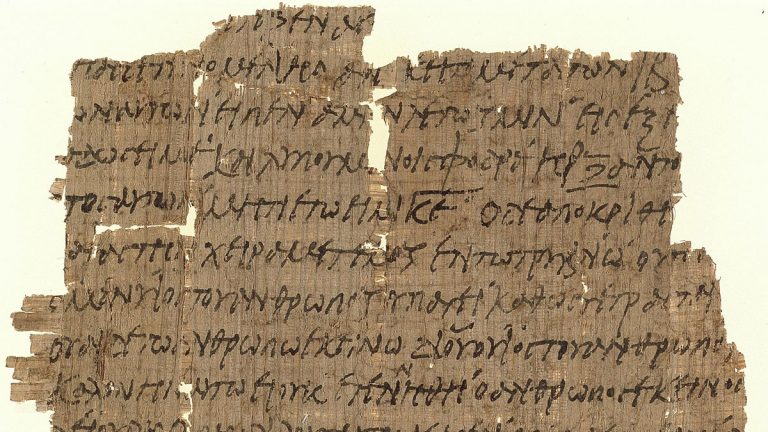 Today’s free book is a substantial commentary on the Greek text of the Gospel according to St. Matthew by A H McNeile. My thanks to Book Aid for making a copy of this public domain title available for digitisation. Alan Hugh McNeile [1871-1933], The Gospel According to St. Matthew. The Greek Text with Introduction, Notes…

The Reverend Frank Marshall, the British schoolmaster, cleric and rugby administrator, wrote a whole series of commentaries for students preparing for their University entrance examinations (see here for a list). I am planning to make them all available as and when I gain access to printed copies. My thanks to Book Aid for providing access…

This is a commentary on the Greek text of the Gospel of Matthew in the Cambridge Greek Testament for Schools series. A number of people have contacted me to say how helpful this series is proving to students learning Greek, so I am trying to digitise all those in the public domain. You can access…

Cecil John Cadoux was Vice-Principal of Mansfield College Oxford and MacKennal Professor of Church History. He is remembered for his numerous books on pacifism. His brother was Arthur Temple Cadoux, the author of The Sources of the Second Gospel, which as the book I was looking for when I came across this one. My thanks…

The following article is now online in PDF: Clinton Chisholm, “‘After the Sabbath’ (Matt. 28.1a) – Into the Crux Yet Again,” Caribbean Journal of Evangelical Theology 8 (2004): 57-66. Click here to read the article. Chisholm offers a viable solution to an old problem with the translation on Matthew 28:1a – well worth a read.

This book should prove of interest to those working on the relationship of John to the Synoptic Gospels. My thanks to Book Aid for making a copy of this public domain work available for digitisation. Edwin Abbott Abbott [1838-1926], Johannine Vocabulary. A Comparison of the Words of the Fourth Gospel with Those of the Three….