The following public domain Commentary on the Gospel of Luke is now available for free download in PDF:

Commentary on the Gospel of Luke

This position is so generally admitted by critics of all schools that not much time need be spent in discussing it. Both books are dedicated to Theophilus. The later book refers to the former. The language and style and arrangement of the two books are so similar, and this similarity is found to exist in such a multitude of details (many of which are very minute), that the hypothesis of careful imitation by a different writer is absolutely excluded. The idea of minute literary analysis with a view to discover peculiarities and preferences in language was an idea foreign to the writers of the first two centuries; and no known writer of that age gives evidence of the immense skill which would be necessary in order to employ the results of such an analysis for the production of an elaborate imitation. To suppose that the author of the Acts carefully imitated the Third Gospel, in order that his work might be attributed to the Evangelist, or that the Evangelist carefully imitated the Acts, in order that his Gospel might be attributed to the author of the Acts, is to postulate a literary miracle. Such an idea would not have occurred to any one; and if it had, he would not have been able to execute it with such triumphant success as is conspicuous here. Anyone who will underline in a few chapters of the Third Gospel the phrases, words, and constructions which are specially frequent in the book, and then underline the same phrases, words, and constructions wherever they occur in the Acts, will soon have a strong conviction respecting the identity of authorship. The converse process will lead to a similar result. Moreover, the expressions which can be marked in this way by no means exhaust the points of similarity between the two books. There are parallels of description; e.g. about angelic appearances(comp. Lk. i. 11 with Acts xii. 7; Lk. i. 38 with Acts i. 11 and x. 7; Lk. ii. 9 and xxiv. 4 with Acts i. 10 and x. 30); and about other matters (comp. Lk. i. 39 with Acts i. 15; Lk. ii. 39 with Acts xiii. 29; Lk. iii. 8 with Acts xxvi. 20; Lk. xx. 1 with Acts iv. 1; Lk. xxi. 18 with Acts xxvii. 34; Lk. xxi. 35 with Acts xvii. 26; Lk. xxiii. 2 with Acts xxiv. 2-5 ; Lk. xxiii. 5 with Acts x. 37; Lk. xxiv. 27 with Acts viii. 35).1 And there are parallels of arrangement. The main portion of the Gospel has three marked divisions: The Ministry in Galilee (iii. 1-ix. 50), between Galilee and Jerusalem (ix. 51-xix. 28), and in Jerusalem (xix. 29-xxiv. u).And the main portion of the Acts has three marked divisions: Hebraic (ii.-v.), Transitional (vi.-xii.), and Gentile (xiii.-xxviii.).In the one case the movement is from Galilee through Samaria, etc. to Jerusalem : in the other from Jerusalem through Samaria, etc. to Rome. And in both cases there is an introduction connecting the main narrative with what precedes. 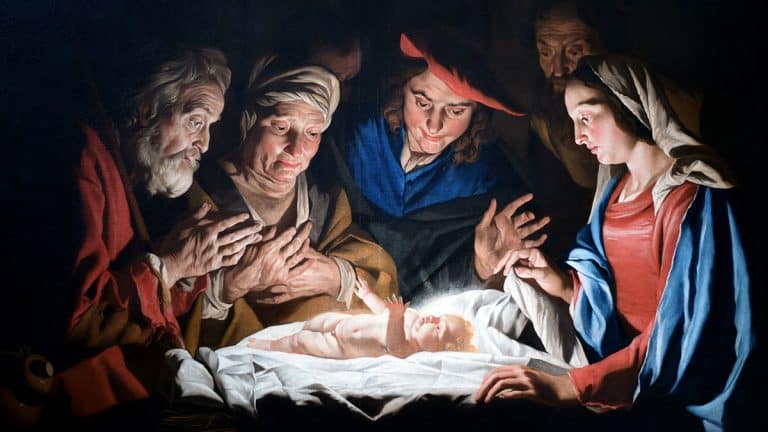 Today’s free book is little known study on the infancy narratives by Thomas Walker. My thanks to the folks at the United Reformed Church in Eastcote for their help in tracking down the details of the author. This title was digitised from the copy held in Spurgeon’s College library. Thomas Walker [1881-1950], Is Not This…

Cecil John Cadoux was Vice-Principal of Mansfield College Oxford and MacKennal Professor of Church History. He is remembered for his numerous books on pacifism. His brother was Arthur Temple Cadoux, the author of The Sources of the Second Gospel, which as the book I was looking for when I came across this one. My thanks…

This is another of the Cambridge Bible for Schools series, a commentary on the Gospel of Luke by F.W. Farrar. My thanks to Book Aid for providing a copy for digitisation. This title is in the public domain. Frederic William Farrar [1831-1903], The Gospel According to Luke with Maps, Notes and Introduction. Cambridge: Cambridge University…