In this little-known article within a Symposium presenting key elements of the Christian Faith, F.F. Bruce writes on the importance of the Scriptures for the Christian. I came across this at Book Aid and noted that it was not included in many of the standard bibliographies of Bruce’s works. My thanks to F.F. Bruce Copyright International for this kind permission to digitise and host it.

Three hundred years ago the Assembly of Divines at Westminster introduced their best-known summary of Christian doctrine, the Westminster Shorter Catechism, with the following three propositions: (1) ‘Man’s chief end is to glorify God, and to enjoy Him for ever’; (2) ‘The Word of God, which is contained in the Scriptures of the Old and New Testaments, is the only rule to direct us how we may glorify and enjoy Him’; (3) ‘The Scriptures principally teach what man is to believe concerning God, and what duty God requires of man.’

If it be true, as these three propositions declare, that the Bible is the only means by which we can know and achieve the true purpose of our being, then no special argument is needed to justify giving a statement of the Bible’s authority a prominent place in a symposium on the Christian faith. For the Holy Spirit speaking through the Bible is acknowledged by us, in common with all heirs of the Protestant Reformation, as the supreme judge by whom all questions of doctrine are to be adjudicated, and as the only infallible rule of faith and practice.

It might have been expected a priori that if God wished to communicate a knowledge of His will and character to men He might have done so in a series of propositions. But in fact He has not done so. We may draw up statements of doctrine and confessions of faith, article by article in logical sequence, and base them firmly on the Bible; but the Bible itself does not take this form. At first glance, the Bible is seen to fall into two parts of unequal length, known respectively by the not very illuminating names of the Old Testament and the New Testament. But if for the misleading word Testament we substitute the word Covenant, and then think of the Bible as divided into the Books of the Old Covenant and the Books of the New Covenant, we shall come to a much closer realization of what the Bible is. It is, in fact, a record of God’s revelation of Himself among men, culminating in the incarnation, death and exaltation of Jesus Christ His Son, and intimately bound up with the relations established by God with His covenant-people-the nation of Israel in earlier times, and the Christian community in the new age which was inaugurated by Christ. There is an organic unity between these two groups of people, in that Jesus (who i-s the very embodiment of God’s revelation) is both Israel’s Messiah and Head of the Christian Church, while His first followers represent both the last faithful remnant of the old covenant-people and the nucleus of the new covenant people….

Alfred Plummer was a profilic writer of biblical commentaries whose value has endured to this day. This is his contribution to The Cambridge Greek Testament series on the Gospel of Mark. For more commentaries on Mark’s Gospel, go here. To download more books by Alfred Plummer, then go here and scroll down the alphabetical listing….

Commentaries on Samuel The following public domain commentaries on Samuel are now available for free download in PDF. The frontispiece map included in both volumes is very useful, so I have included scans at various resolutions here. A.F. Kirkpatrick, ed., The First Book of Samuel with Notes and Introduction. Cambridge: Cambridge University Press, 1918. Hbk. pp.251. Table… 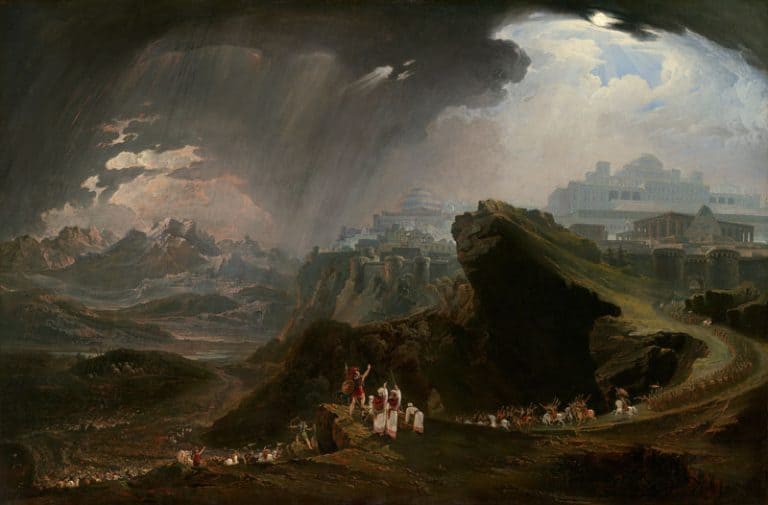 Walter L. Wardle’s The History and Religion of Israel forms the first volume in the Clarendon Bible series. It contains numerous plates which are included in greyscale to preserve their quality. The supplement “The Old Testament Chronologically Arranged” by Evelyn Waters Hippisley [1878-1968] is not included as it is still in copyright. This title is…