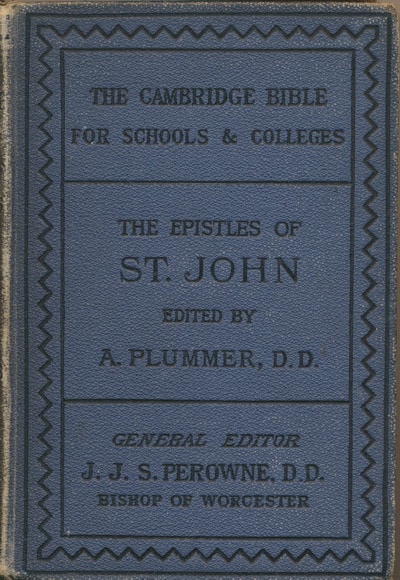 Alfred Plummer, master of University College Durham, was a prolific writer of biblical commentaries. He wrote the volumes on Luke, 1 Corinthians and 2 Corinthians in the International Critical Commentary (ICC) old series, as well as four of the The Cambridge Bible for Schools series.

My thanks to Book Aid for providing a copy of his commentary on John’s letters for digitisation. This volume is in the public domain.

The Last Years of S. John

A sketch of the life of S. John as a whole has been given in the Introduction to the Fourth Gospel. Here it will not be necessary to do more than retouch and somewhat enlarge what was there said respecting the closing years of his life, in which period, according to all probability, whether derived from direct or indirect evidence, our three Epistles were written. In order to understand the motive and ton,e of the Epistles, it is requisite to have some clear idea of the circumstances, local, moral, and intellectual, in the midst of which they were written.

Unless the whole history of the century which followed upon the destruction of Jerusalem is to be abandoned as chimerical and untrustworthy, we must continue to believe the almost universally accepted statement that S. John spent the last portion of his life in Asia Minor, and chiefly at Ephesus. The sceptical spirit which insists upon the truism that well-attested facts have nevertheless not been demonstrated with all the certainty of a proposition in Euclid, and contends that it is therefore right to doubt them, and lawful to dispute them, renders history impossible. The evidence of S. John’s residence at Ephesus is too , strong to be shaken by conjectures. It will be worth while to state the main elements of it.

Handley Moule’s Commentary on the Epistle to the Romans is still regarded as being of value to preachers. My thanks to Book Aid for providing a copy of this public domain book for digitisation. Handley Carr Glyn Moule [1841-1920], The Epistle to the Romans. London: Pickering & Inglis Ltd., n.d. Hbk. pp.437. [Click to visit… 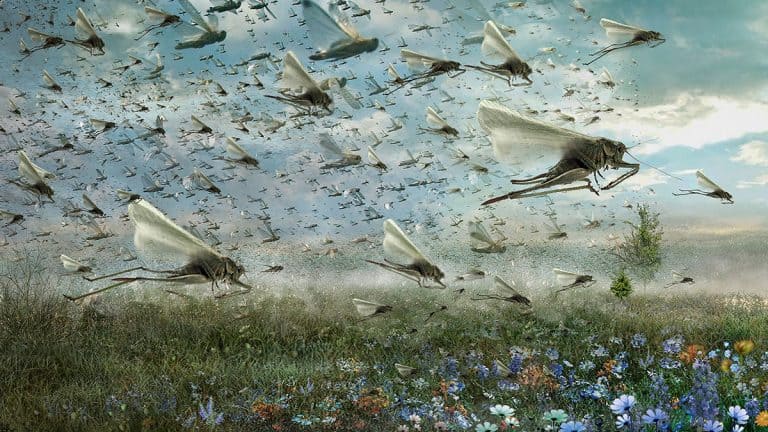 Today’s free book is a short commentary on the Minor prophets Joel and Amos by A. Lukyn Willams. My thanks to Book Aid for making a copy of this public domain title available for digitisation. Arthur Lukyn Williams [1853-1943], Joel & Amos. The Minor Prophets Unfolded, Vol. 2. London: SPCK, 1918. Hbk. pp.71. [Click here…

Today’s free book is Robert Buchanan’s commentary on the book of Ecclesiates. This public domain title was digitised using the copy of the book held in Spurgeon’s College Library. Robert Buchanan [1802-1875], The Book of Ecclesiastes. Its Meaning and Its Lessons. London: Blackie & Son, 1859. Hbk. pp.435. [Click here to visit the download page…

The Cambridge Greek Testament Commentary series was written for students learning Greek in Schools and Colleges in the United Kingdom. I plan to make the rest of the series available as I get access to hard copies. The notes on the Greek text in this volume are by Alfred Plummer. Plummer wrote commentaries on most…