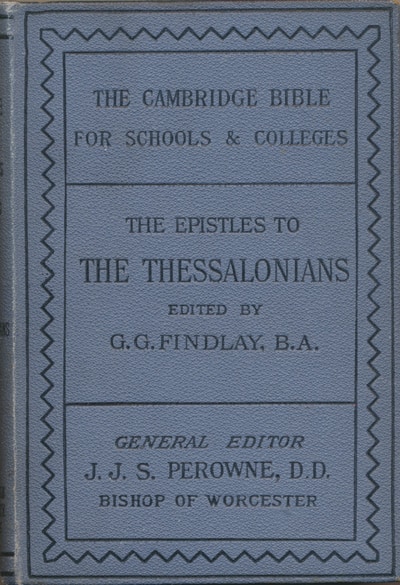 The Rev George G. Findlay was Professor of Biblical Languages at the training college for Methodist ministers at Headingly, Leeds. My thanks to Book Aid for making a copy of this public domain book available for digitiation.

George Gillanders Findlay [1849-1919], The Epistles to the Thessalonians with Introduction and Map. The Cambridge Bible for Schools and Colleges. Cambridge: Cambridge University Press, 1894. Hbk. pp.183. [Click to visit the download page]

Chapter I. The City of Thessalonica

Chapter II. How the Gospel Came to Thessalonica

Chapter III. The Gospel of Paul at Thessalonica

Chapter IV. The Occasion of the Two Epistles

Chapter V. The Style and Character of the Two Epistles

Chapter VI. Analysis and Digest of the Epistles

III. Appendix. On the Man of Lawlessness

Introduction. The City of the Thessalonians

Most of the ancient cities in which St Paul laboured have in the course of ages either perished or sunk into insignificance. Rome still remains, “the eternal city,” holding a unique place amongst the world’s great capitals. And along with Rome, though in a far inferior position, Thessalonica has retained its identity and its importance throughout the immense changes of the last two thousand years.

The town first appears in Greek history under the name of Therma,–so called from the warm mineral springs in its vicinity. Its later designation was given to it by Cassander, who on seizing the vacant throne of Alexander the Great in Macedonia married his sister Thessalonica. Her name was, no doubt, a memorial of some victory gained by her father Philip of Macedon over his neighbours in Thessaly.

Founding a new city upon this site in 315 B.C., the usurper called it after his high born wife. Cassander’s foundation rapidly grew into a place of commercial and political consequence…

Below is the list of articles to be found in Gospel Perspectives, Vol. 3: Studies in Midrash and Histiography. Sheffield: JSOT Press, 1983. Please vote for the article you would like to see included by 15th December. More weight will be given to votes that explain why the article should be included. Articles by Leon…

A City of Scripture No. 3 This city’s streets a holy prophet trod, And one went out to meet the man of God With camels bearing many a precious thing Sent as a present from a dying king. And Le-re dwelt one, head of a soldier-band, The Lord had given deliverance by his hand. This…

I have just updated my introductory brochure for Theology on the Web to reflect recent developments, including: Material added to the sites in 2013/14 New website launch Increase in visitor numbers Urgent need for dedicated server Please download the brochure here and share it with anyone you think might be interested.

12 Days of Christmas Quiz – Day 5 A City of Scripture No. 2 1. A fugitive passed through this city, when flying for his life. 2. Another fugitive started from it. 3. It was in the inheritance of Simeon. 4. Two defenceless travellers were once in great distress close by it. 5. A large… 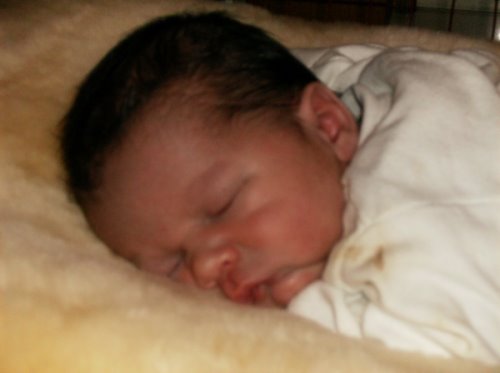