I have been unable to find further information about this commentary on the Greek text of the Johannine Epistles or its author Johann Ebrard. It is not mentioned in any of the commentary surveys I have to hand (Carson, Evans or Rosscup), so if anyone can provide any background information, please do so in the comments.

My thanks to Book Aid for making a copy of this public domain work available for digitisation.

Johann Heinrich August Ebrard [1818-1888], Biblical Commentary on the Epistles of St. John in Continuation of the Work of Olshausen with an Appendix on the Catholic Epistles. Edinburgh: T & T Clark, 1890. Hbk. pp.423. [Click hereto visit the download page]

St John the Apostle and His Writings

St John occupies a place so peculiar and prominent, among the disciples of our Lord as a person, and among – the New-Testament writers as an author – and the writings which bear his name have always been the object of such various and conflicting discussion-that a comprehensive exhibition of his personal character, his life, his labours, and his literary activity may well be regarded as one of the most difficult undertakings. If, in the brief limits here prescribed to us, we are to succeed, we must enter upon the subject not analytically, but synthetically; that is, we must set out with the collective picture of the Apostle and his writings given in the New Testament, and then pass on to a general view of all the critical questions arising out of it. The personality of the Apostle himself, and the character of his writings, and their adjustment in the extant cycle of New-Testament literature, must first of all be viewed as a thesis; and upon that we may found a universal review of the critical questions which have been raised in relation to those writings.

Three of our Lord’s Apostles stand out prominently from the general circle: St John, St Peter, and St Paul. The last was not in the number of the Twelve. Among them St James, the son of Zebedee and brother of St John, had been singled out by Christ to be the companion of St John and St Peter in the special distinction of witnessing His transfiguration and His deepest humiliation (Mark v. 37; Matt. xvii. 1, xxvi. 37); but St James soon followed his Master in a death of martyrdom (Acts xii. 2), and on that account is less known to us than the rest.

As compared with St Peter, St John exhibits to us a calm and reflective nature, with a preeminent receptivity: every word of his beloved Master, which tends to solve to his heart the mystery which he pondered, he apprehends in his deepest soul, and holds it fast, and meditates upon it, blessedly losing himself in the contemplation of the glory of the Son of Man.

Rev Michael Ferrebee Sadler [1819-1895] provides a fairly detailed commentary on the English text of Matthew’s Gospel. My thanks to Book Aid for making available a copy of this public domain title for digitisation. Michael Ferrebee Sadler [1819-1895], The Gospel to St Matthew with Notes Critical and Practical, 2nd edn. London: George Bell & Sons,…

This is a detailed commentary on the Greek text of Paul’s Letters to the Thessalonians by Biship Charles Ellicott. As such those with a good knowledge of Greek will benefit most from it. This title is in the public domain. Charles John Ellicott [1819-1905], St. Paul’s Epistles to the Thessalonians: With a critical and Grammatical… 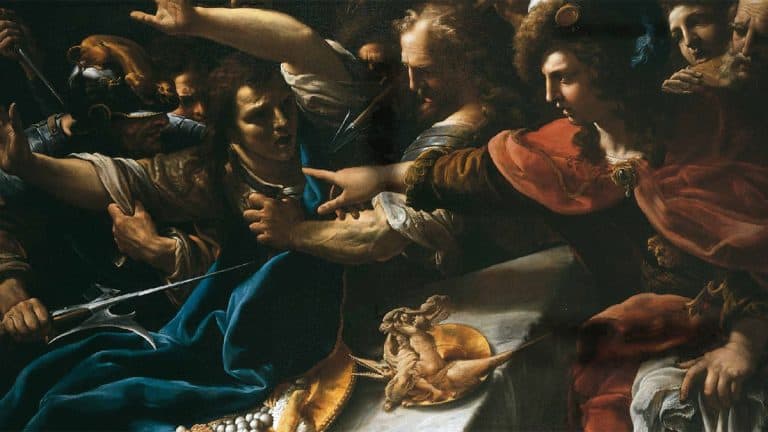