Cecil John Cadoux was Vice-Principal of Mansfield College Oxford and MacKennal Professor of Church History. He is remembered for his numerous books on pacifism. His brother was Arthur Temple Cadoux, the author of The Sources of the Second Gospel, which as the book I was looking for when I came across this one. My thanks to Book Aid for making a copy of this public domain work available for digitisation.

In this book the author has aimed at presenting in systematic form the whole of the Synoptic evidence bearing on our Lord’s conception of the Kingdom of God and of his own mission in relation to it. For this purpose he has utilized Dr. Streeter’s important theories regarding the Gospel-documents.

Not only is the entire evidence presented, but its significance is fully discussed; and an attempt is made to show the interconnectedness of its several parts. Furthermore, the author advances one or two theories which–while not in the strict sense new–have never yet been generally accepted or fully utilized for the purpose of bringing out the real meaning and inward consistency of Jesus’ mission. Thus he emphasises (1) the nation-wide character of his appeal, (2) his concern for the redemption of the Gentiles through Israel’s fulfilment of the universalistic aspirations of the Old Testament, (3) his eager endeavour to avert a military clash between the Jews and the Roman Empire, and (4) his early expectation of being accepted and loyally followed by his fellow-countrymen as a whole.

His eschatological views are recognised as playing a real part in his general world-view; but reasons are given for rejecting the thorough-going interpretation urged by Schweitzer. On the other hand, the author finds himself unable to accept on its entirety the recently-broached theory of “released eschatology.” He pleads that the general coherence of the findings to which his study of the evidence leads him constitutes a very strong confirmation of their soundness.

The Synoptic material in handled frankly on its own merits as historical evidence, the author being convinced that untrammelled historical investigation and construction is an absolutely indispensible prerequisite for any really satifying doctrinal speculations.

From the back cover of the dustjacket.

Should you wish to purchase a hard copy of the new edition of this title, one is available from my friends at James Clarke Lutterworth Press.

Thanks to the kind permission of Dr Brower for his kind permission the following article is now on-line in PDF: Kent E. Brower, “Jesus and the Lustful Eye: Glancing at Matthew 5:28,” The Evangelical Quarterly 76.4 (Oct.-Dec. 2004), 291-309.

Last week I uploaded James Stalker’s Life of St. Paul, as part of the Handbooks for Bible Classes and Private Students series. His other contribution to this series, The Life of Jesus Christ, is now available for free download. My thanks to Book Aid for making a copy of this public domain title available for…

This question was raised last Saturday during a day conference on biblical archaeology at Tyndale House in Cambridge. Put simply the problem was stated as follows: Crucifixion normally involved nailing the victim to a horizontal beam through the wrist between the radius and the ulna (the two bones of the forearm). The nail was then… 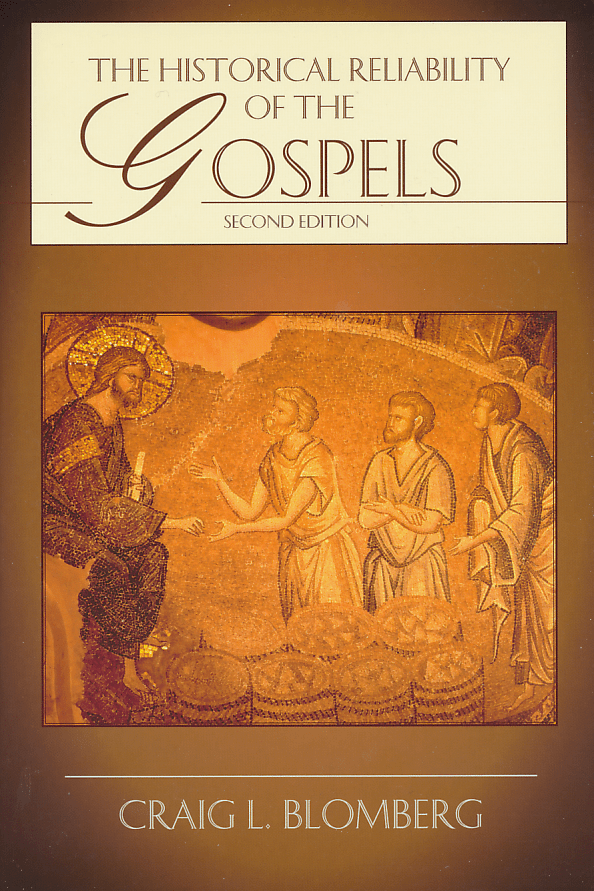 I started reading the second edition of Craig Blomberg’s excellent book The Historical Reliability of the Gospels two nights ago (I hope to write a review at some point). In the introduction he writes of how his book was a popularisation of The Gospel Perspectives series arising out of research carried out at Tyndale House…

The following article is now online in PDF: Clinton Chisholm, “‘After the Sabbath’ (Matt. 28.1a) – Into the Crux Yet Again,” Caribbean Journal of Evangelical Theology 8 (2004): 57-66. Click here to read the article. Chisholm offers a viable solution to an old problem with the translation on Matthew 28:1a – well worth a read.