Sir William M. Ramsay’s classic defence of the historicity of Luke-Acts. My thanks to Book Aid for making a copy of this public domain title available for digitisation.

Understanding that a certain criticism implied a sort of challenge to apply my theory of Luke’s character as a historian to the Gospel, I took what is generally acknowledged to be the most doubtful passage, from the historian’s view, in the New Testament, Luke ii. 1-4. Many would not even call it doubtful. Strauss (in his New Life of Jesus) and Renan dismiss it in a short footnote as unworthy even of mention in the text.

This passage, interpreted according to the view which I have maintained – that Luke was a great historian, and that he appreciated the force of the Greek superlative (in spite of the contradiction of Professor Blass and others) – gave the result that Luke was acquainted with a system of Periodic Enrolments in Syria, and probably in the East generally. I looked for evidence of such a system; and it was offered by recent discoveries in Egypt. The confirmation afforded to Luke was explained in the Expositor, April and June, 1897.

Realising better in subsequent thought the bearings of the Egyptian discovery, I have enlarged these two articles into an argument against the view that Luke sinks, in the accessories of his narrative, below the standard exacted from ordinary historians. At the risk of repeating views already stated in previous works, the second chapter attempts to put clearly the present state of the question as regards the two books of Luke, without expecting others to be familiar with my views already published.

The names of those scholars whose views I contend against are hardly ever mentioned. The scholars of the “destructive” school seem to prefer not to be mentioned, when one differs from them. I have learned much from them; I was once guided by them; I believe that the right understanding of the New Testament has been very greatly advanced by their laudable determination to probe and to understand everything, as is stated on p. 33; but I think their conclusions are to a great extent erroneous. It might, however, be considered disingenuous if I concealed that the weighty authority of Gardthausen, the historian of Augustus, is dead against me, p. 102….

My thanks to Dr Buzzard for his kind permission to place on-line the following articles in PDF: Anthony Buzzard, “The Kingdom of God in the Twentieth-Century Discussion and the Light of Scripture,” The Evangelical Quarterly 64.2 (Apr.-June 1992): 99-115. Anthony Buzzard, “Acts 1:1-6 and the Eclipse of the Biblical Kingdom,” The Evangelical Quarterly 66.3 (July-Sept….

This book should prove of interest to those working on the relationship of John to the Synoptic Gospels. My thanks to Book Aid for making a copy of this public domain work available for digitisation. Edwin Abbott Abbott [1838-1926], Johannine Vocabulary. A Comparison of the Words of the Fourth Gospel with Those of the Three…. 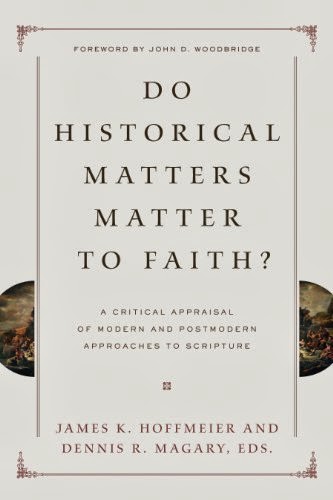 In 2012 Crossway published an impressive collection of 21 essays defending the historical reliability of the Bible under the title Do Historical Matters Matter to Faith? The publishers have kindly granted permission for Theology on the Web to host Alan Millard’s contribution to that volume, dealing with the accuracy of Daniel’s account of Babylon: Alan R….

This site uses Akismet to reduce spam. Learn how your comment data is processed.